HTML headings convey meaning, but only if the text is properly marked up:

Why? Screen readers can generate browsable lists of headings with a single keystroke, providing users who are blind with a mental picture of the page and helping them find content quickly. Additionally, automated search and analysis engines use heading information to construct an index of a page's contents. 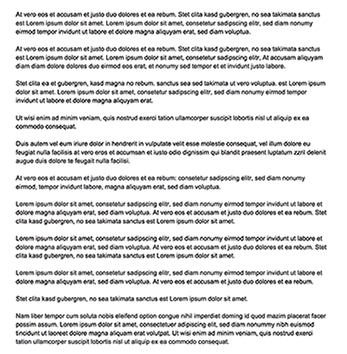 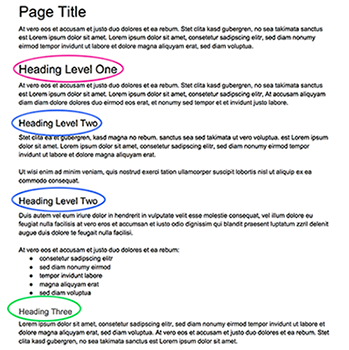 There are six levels of headings in HTML: H1-H6. Every page should have one (and only one) H1—the title. The remaining headings (H2-H6) are used to organize content and should be hierarchical—that is, H2 headings are the second most important heading, while H3 headings are subsets of H2 headings, etc.

An example of properly nested headings:

To create a heading in Canvas, don't just make the text bold and larger. Instead, highlight the text you want to make a heading, and select the appropriate heading level from the Paragraph dropdown in the rich content editor. 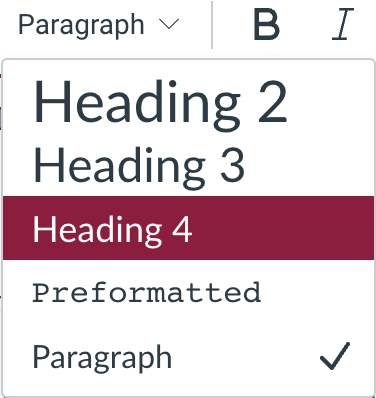 This adds underlying markup that makes headings available to screen readers and other assistive technologies.